Craft vs design or craft + design 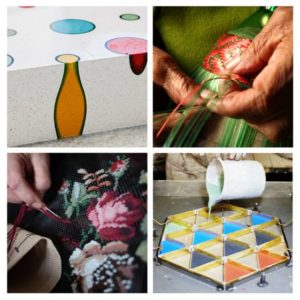 Some of Álvaro Catalán’s products, like PET Lamp, which is moreover a project in continuous development, have the mark of different culture’s history and the traits of the traditional basket maker craft of Colombia, Chile, Ethiopia and Australia. This research regarding intervention of an industrial product with a traditional craft is also present in his Home/Office, which took as a starting point the Aluminium Chair by Charles and Ray Eames or the Riad table that mixes industrial processes and craft in the fabrication of the product. In his last collaboration with Cervezas Alhambra and his platform “Crear sin prisa” (Create without hurry), he developed a material that arises from the craft work with the glass bottles of the beer brand, marble and coloured resin. He will talk about all this projects and his work process in his presentation.

With the support of Cervezas Alhambra 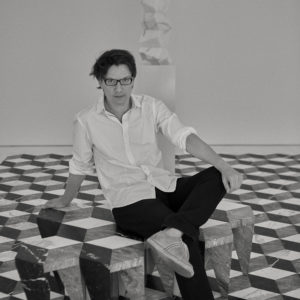 Graduate in Administration and Direction of companies from the Complutense University of Madrid, he began his preparation in industrial design in the Europeoan Institute of Design in Milan (1999 – 2000). After graduating with honors in Central Saint Martins College of Art and Design in London (2000 – 2004), he opened his studio in Barcelona in which he designed the lamp LA FLACA, winner of the awards Design Report Award and Delta Award.

From 2007, he began to exhibit his designs in the Salone Satellite in Milan (where he won the first Design Report Award in the 2010 edition) and in the Rossana Orlandi Gallery in Milan, where he annually presents his new projects.

In 2009, he transferred his studio to Madrid. There, he combined the auto production of his designs with the teaching in the Instituto Europeo di Design, his activity as a member of the Directive board of DIMAD and this work for different companies.

In 2011 and 2012, he conceived the project PET Lamp, which, since 2013, reaffirms its success every year in the Rossana Orlandi Gallery. The scale of the project, which travelled until now to Colombia, Chile, Japan, Ethiopia and Australia, is showed by its numerous awards and nominations: it was nominated in the Best Product of the Year by the London Design Museum, the CODESPA award in the Best supportive PYME, the AD award in the Best Studio of Emergent Design, the Delta award of Plata 2014 and was finalist in the Best Project of Innovation and/or entrepreneurship category of the R Ecoembes awards, among others.