Do students really need a guide or instead is it good that the teacher let his/her students guide him/her? Does the teacher only have to talk or instead he/she also has to listen? Are the arguments of teacher more interesting that the students’? Is the style a subject of teaching? 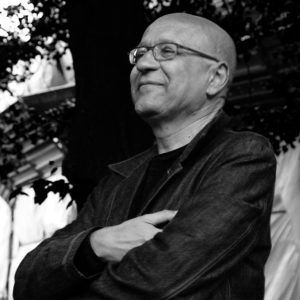 Mauro Panzeri, 63-year-old graphic designer. Graduate in Politics Philosophy, he lives and works in Milan.From 1979 to 1986, he worked in the Studio Alchimia, a collective with radical ideas, leader in the neo-modern Italian design. En 1987, he started his own professional activity and opened the GraphCo3 studio. He was mainly in charge of editorial graphics but also of graphic montages for exhibitions and of coordinated images. He wrote La grafica è un’opinione (L’edizioni, Milano 2013). He has been teaching for more than thirty years in the Milan Istituto Europeo di Design (IED) and was a teacher during fifteen years in the Polytechnic University of Milan, in the School of Design. Currently he’s working in freelance a doesn’t have a website or a Facebook Page.